It’s time for another monthly recap! September went by at the speed of light it seems. I spent most of my time at home, coloring Hiver Nucléaire 3 on my slow but surprisingly resilient, 9 year-old Macbook, using a 50$ Monoprice tablet I had bought just because it was dirt cheap. This piece of hardware more than paid for itself and I find the rough surface and sub-par pressure sensitivity perfect for cell-shading coloring. My friend and studio mate Raphael, known as Rabot (go check out his work), did all my flats and honestly, I would be on the verge of a nervous breakdown if it hadn’t been for his help. I’m a sloppy flatter and not having to worry about the holes in the color has made my life a lot easier. I thought I’d share a process shot of the steps I do the colors in. First pass is Raphael’s flats, hence the weird change all of a sudden. I always start with “daylight” colors, no palette, and work from there until the colors kinda make sense! Plus snow!

L’Esprit du Camp had its official launch on September 6th, at Planète BD. A lot of people showed up, Michel and I signed non-stop for the entire duration; it was a success! Touring local book stores, libraries and small events is starting to become one of my favorite part of the job, way ahead of huge pop culture conventions. I’d rather talk to a handful of dedicated enthusiasts than trying to sell my wares to hordes of strangers. Later this month, we did a small signing at the Millennium comic shop, which also attracted a nice crowd. 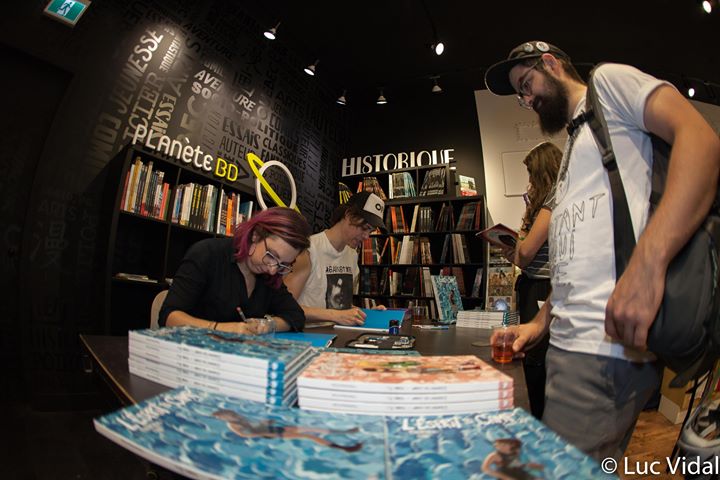 And lastly, the 2019 Scout calendar is now out in the wild. I’ll upload all images on my portfolio when I get the chance. Meanwhile, here’s a glimpse of the cover! If you see any Scouts selling the calendars in your area, think about me! 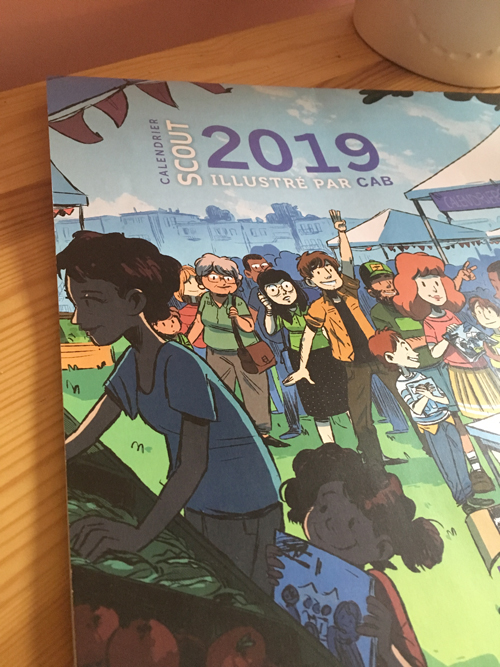 I was excited for this in September:

Artist: Every now and then I stumble back on the work of Musa, which I still know nothing about to this day. Still, he/she(?!?!) is one of my favorite artist out there and I’m gonna do a proper study of his/her stuff for Inktober.

Reading: I started reading The Expanse 3 last week because I’m a neeeeerd.

Food for thoughts: The concept of taking a day or at least a moment, to recap, regroup, write, think, has gotten increasingly important for me in the past few years. My brain is in constant state of semi-panic, so unless I do a full stop every now and then, I get antsy to the point of physical pain. Scheduling a Personal Inventory Day seemed like a good idea so I gave it a try. I wrote down a few things, looked out the window longingly, tapped my pen against my lips and such. I’ll try to make it stick for a while, it can’t hurt, right?